Another day of museum crawling!

Today we are going to two major museum sites. The Upper Belvedere Palace—now an art museum—and the 1400 room enormous (almost on a Disneyland scale–with only a small train ride) Schonbrunn Palace and art museum. At over 300 years old, the Palace has served as the home to several generations of Hapsburg monarchs and their families along with over 1000 servants, groundskeepers and assorted other “help”.

The Upper Belvedere Palace is the former residence of Prince Eugene of Savoy. It now houses masterpiece works by Klimt, Renoir, Monet and Van Gogh plus several Austrian painters–most of whom I was not previously familiar with before today.   All amazing works but our main focus for today was to see our first Klimts close up. We succeeded beyond expectations. Among the usual familiar pieces, there were examples of his earliest work that added perspective to our understanding of his growth as an artist. 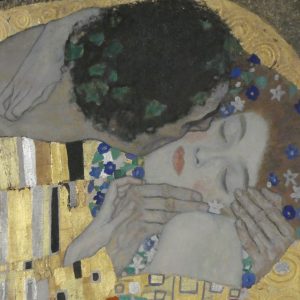 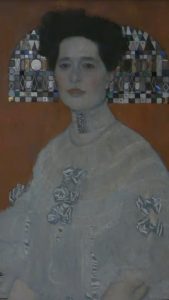 After a mid morning snack of more pastries and Viennese coffee (yum!), we worked the tram system and made our way over to Schonbrunn Palace.

Once home to Franz Joseph, the longest-reigning emperor of Austria, the home served many royal occupants over the generations of Hapsburg royalty. Schonbrunn, which means “Beautiful Spring” because of an artisian well that brought fresh water to the Palace, was his home until he died in 1916 at the beginning of the first world war. 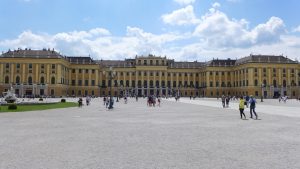 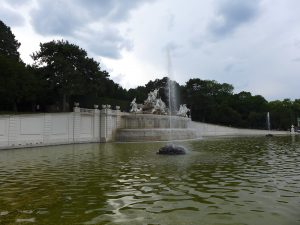 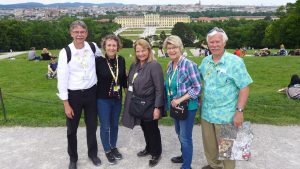 The Palace is a must see for anyone interested in art, architecture, and furnishings from the Baroque period.  At the apex of the garden axis on a hill that overlooks the Palace grounds is a structure called Gloriette.  It was envisioned by another empress of the Palace named Maria Theresa.  Her vision was to glorify Hapsburg power with one more magnificant structure.  The structure that stands today is not the original construction but a reconstruction of the building that was destroyed during the second world war.  Make your way to Gloriette via the little train and have lunch in the cafe. 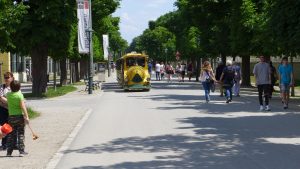 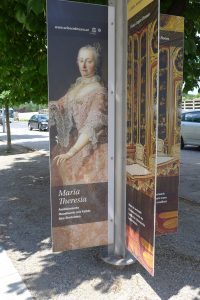 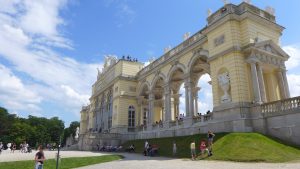 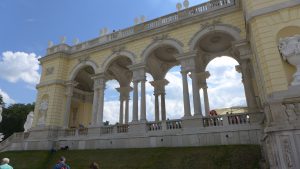 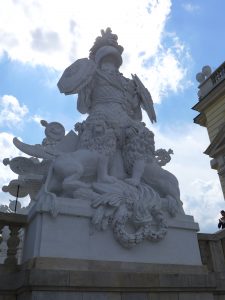 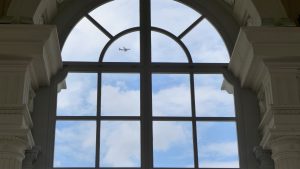 By the way, I would encourage anyone interested in either of these museums to go to their websites for more information on the history and attractions you can find at each one.  Also, I would encourage you to purchase a Vienna Pass which comes in a variety of lengths of time to suit your stay.  It provides easy access to public transportation and entrance to most all of the museum sites in the city.  It’s a good deal for those who are into museum hopping!

From Schonbrunn, we called it a day and made our way back to our apartment to pack, drink our last bottle of wine and toast to another great adventure.  Now for the adventure of flying home and seeing what awaits us once we get there. 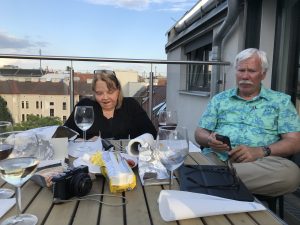 P.S. The Youtube link below will take you to a video of our visit to Prague, Budapest and Vienna.  Enjoy!!

One thought on “Vienna Day 4”