Today we have a leisurely breakfast at our apartment and catch up on writing in journals, catching up on texts and emails before hitting the roads again.

Today we drive an hour and a half south to Ypres (French) or Ieper (Flemish) the site where 5 World War I battles were fought defending the advancement of the German armies on their drive to France and the goal of taking Paris. Combined Belgium and the French forces were successful in holding the Germans    after months of horrendous trench warfare involving the deaths of hundreds of thousands soldiers and civilians. For this trip, we hired another tour guide named Phillip from Flanders Field Tours.  He took us to nearby battlefields and 3 cemeteries describing the battles and numbers of dead Belgium and allied soldiers defending the country. The number of people who fought and died during WW 1 in this area is hard to comprehend.  For instance, the Germans combined several battlefield grave sites into a single site with around 54,000 German soldiers including a mass grave holding 25,000 men, some unidentified.  If you are interested history and the causes of these types of wars, visit the memorial sites of Belgium. 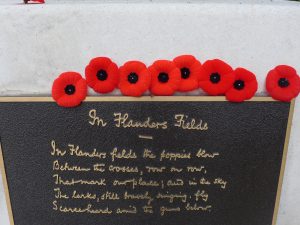 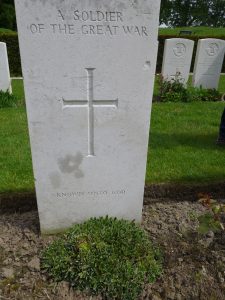 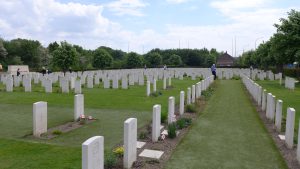 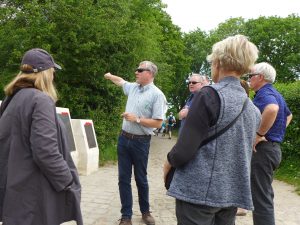 The rural country side is now beautiful and green compared with the images of muddy and desolate battle fields where unexploded bombs are still found by farmers of the area.  Now the countryside is scattered with lots of different kinds of low long green houses where much of the food is locally produced. Milk cows lounge around and sheep graze which gives a tranquil contrast to the time of WW I and WW II. There doesn’t seem to be rusty abandoned farm equipment laying around like in some rural areas in Nebraska. The countryside looked very healthy and prosperous.
Our day touring World War I battle sites and grave yards was a somber reminder of the futility of war and how life was measured a lot differently than we value it today–hopefully.  History does repeat itself and visiting the sites and talking to the local people about how two wars have affected their lives and their parents and grandparents lives throughout Central Europe will give any visitor a perspective on the world’s current atrocities and hardships.
P.S.  Click on the Youtube link below and watch a video of the first part of our trip to Europe.  Enjoy!
Youtube