Waking up in this beautiful city causes me to regret the day spent waiting in the airport in Brussels–as it turned out, we could have driven but before you try that yourselves, check witht he rental car companies.  They aren’t too anxious to have their cars to Czech Republic and I imagine several other Central European countries.  We all wished we had a week here instead of 3 days.
We walk to a local restarant just down the street called The Savoy for breakfast and to meet our guide Teresa. She considers herself a local since she grew up in the neighborhood where we are staying. Teresa takes us on an 8 hour walking tour of Prague, giving us fascinating information about the city and it’s place in European history. She loves Prague and we did too by the end of the day. 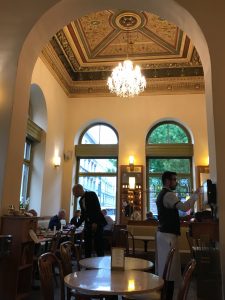 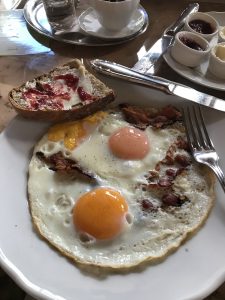 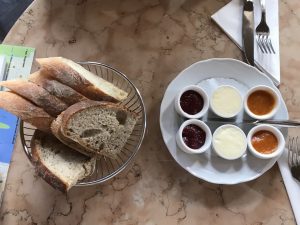 Some of the highlights included taking the funicular up to the Prague Castel and St. Vitus Cathederal, climbing the Petrin Lookout tower (sometimes known as the Czech Eiffel tower), walking the cobble stone winding streets down to the John Lennon Wall, strolling the Charles Bridge. 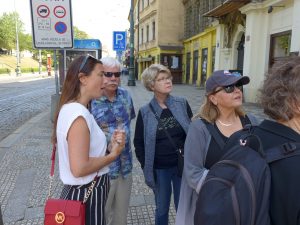 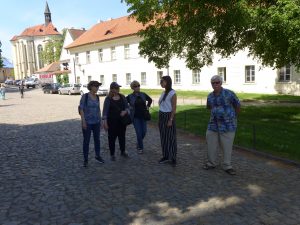 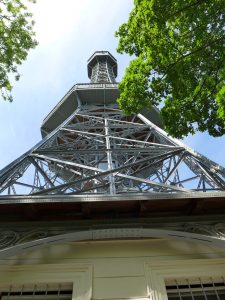 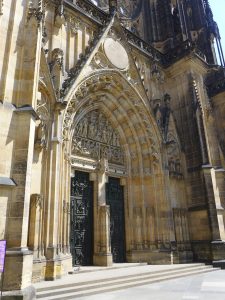 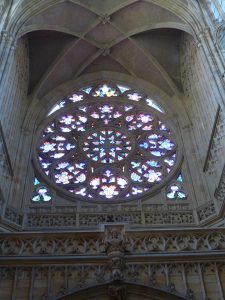 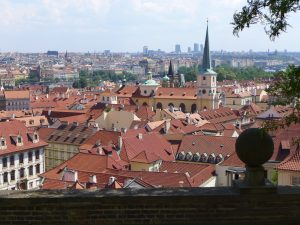 Teresa is as interested in film as we are, partly because her partner is a cinementographer. She talked about the late great Czech filmmaker Milos Foreman, the director of Amadeus, One Flew Over the Cukoo’s Nest and many others. She showed us the site where a scene from Amadeus was filmed.
Teresa is a fun, knowledgeable, experienced, professional guide and can be booked through https://www.withlocals.com/experience/customized-private-tour-in-around-prague-953c0f66/.
We logged a lot of steps today, over 20,000, so time for some hearty Czech food at Olympia near our apartment: Roasted duck, dumplings, sausages cooked in beer, pork roll, and plum strudel and of course, Pilsner. Ymmm…and good night!
Greg, Shelley, Terry, Margee and Margaret
P.S.  The link to Youtube below will take you to a video of our visit to Prague, Budapest and Vienna.  Enjoy!!
Youtube