We get off to an early start and take the subway down to the opera house to catch the Hop On & Hop Off Bus to the Leopold Art Museum.  Along the way, we get an hour long ride which served as an orientation of the origianl central district and many of the historic sites in this part of the city.
At the Leopold, the collection is very large and too much to see on one visit so we focus on just three exhibits.  Starting with the Heidi Horton private collection on public display for the first time at the Leopold. This collection of great Expressionists and American Pop artists from the last 100 years includes works by Andy Warhol, Marc Chagall, Klimt, Miro, Matisse and many others. 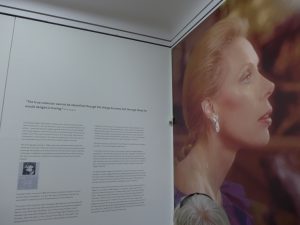 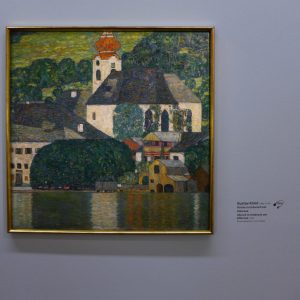 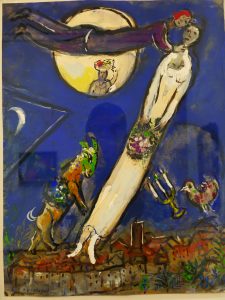 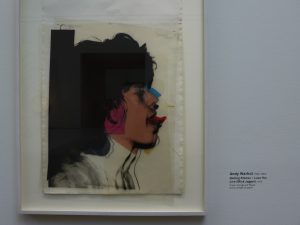 The Leopold also had an moving exhibit by Zoran Mûsič, an artist born in Yugoslavia who survived Dachau, a Nazi concentration camp, lived into his mid-90s and painted wonderful landscapes from his time in Venice and Paris but also disturbing depictions from his experiences at Dachau. 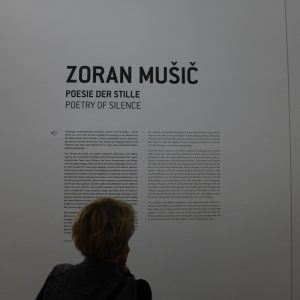 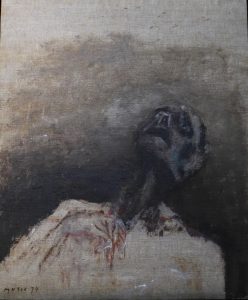 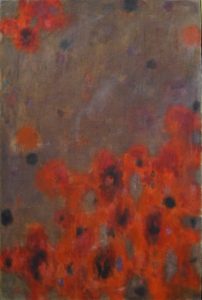 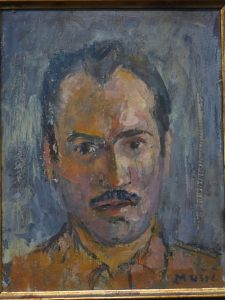 We had a nice lunch at an outdoor outdoor restaurant just outside of the museum before tackling the Kunst History Museum. The most beautiful painting we saw was the “stairway to Klimt” exhibit which allowed viewers to climb a temporary staircase that gives access to the Klimt paintings near the ceiling 40 feet above the ground. He paints a beautiful and sensual Cleopatra and other iconic figures from history in classical styles.

Hop the bus to the vineyhards on the hill north in a suburb of Grinzing that still feels like a small Austrian hill town. We have a home style German meal of roast chicken and potatoes, brats with mustard, cheese plate and a pretty good rośe. Tram back down the city center and find the famous Vienna desert coffee house called Cafe Central for desert. 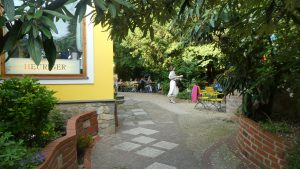 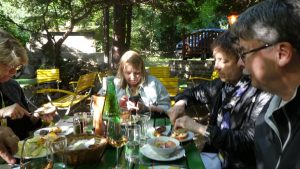 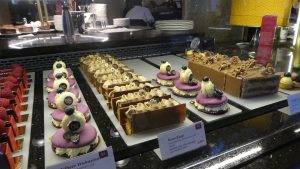 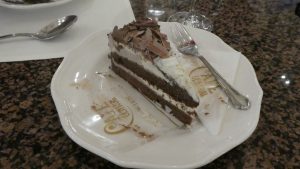 This is just summary for today. Come back in the next fe weeks for more!
Greg, Shelley, Margaret, Margee and Terry
P.S. The Youtube link below will take you to video of our visit to Prague, Budapest and Vienna.  Enjoy!!
Youtube

One thought on “Vienna Day 3”