Today we start out with breakfast at local bistro in our neighborhood, the inner courtyard of Cafe Lounge.  Breakfast consisted of an artful Cappuccino, brioche with egg, avocado, bacon a tasty hollandaise sauce. A black and white French bulldog lounges under a table in the inside dining room. Very civilized. 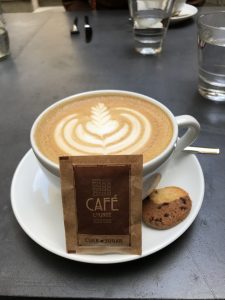 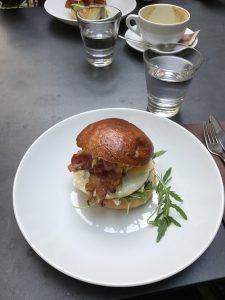 From our neighborhood, we walk to the Mucha Museum in Old Town. This Czech artist practically invented Art Nouveau (although he would argue with that credit) and featured drawings of beautiful sensuous women with long hair and flowers in a beautiful organic swirl.
Some might regard him as a mere graphic art designer but I think he was more than that. As a graphic designer he singlehandedly revived Sarah Bernhardt’s career when he designed some theater advertisements just for her. Later in his career he devoted all his time to painting large canvases depicting the history of Czechoslovakia and his slavic heritage. He was one of the first artists arrested by the Gestapo in 1939 and died shortly after being released. (Photos were not allowed in the museum—which we respected—so  I don’t have any images to share, but there are many sites in the internet and videos on You Tube that describe his life and artistry.)
Our next two stops on the day were architecturally significant for us. We visited two houses built in the late 1920’s in the emerging international style. Once again, photos inside the two villas were not allowed, so I am limited to just a few of the exterior from our visits.
Villa Rothmayer
Built in 1929, the home was designed by Czech architect Otto Rothmayer (1892-1966). Rothermayer was a renowned architect of the period and was the primary architect for the restoration of the Prague Castle over a period of 30 years. 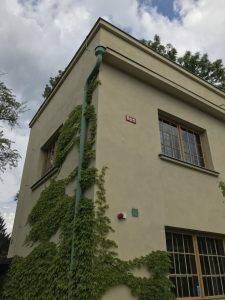 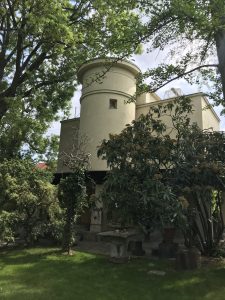 The house was built for his family and parents and also served as his studio.  I would encourage anyone interested in the International Style of architecture to visit the home (by appointment only) and experience a very livable example of early modern living.
Haus Müller
This house was designed by the more highly known architect Adolf Loos (1870-1933).  Loos was an Austrian and Czech architect, again, in the early evolving International Style of architecture which had it’s roots in Central Europe along with other contemporaries such as Le Corbusier. The home was constructed between 1928 and 1930.  Again, the house is worthy of a visit if you are in the area.  Otherwise, google Adolf Loos and you will find information and photos of the house that explain its design and significance.  You will also discover that Adolf Loos had a rocky and tumultuous life. 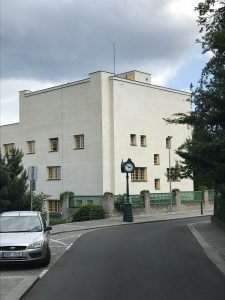 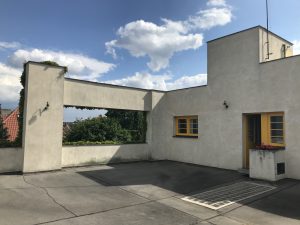 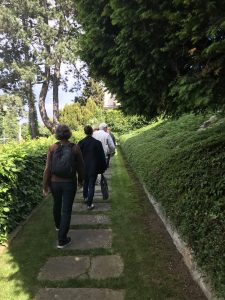 The interior of the house is designed in a “circular” concept (as it was stated by our guide) with the the flow of interior spaces designed around all the primary functions of living and working in the home.  This concept was new for the time period where the ‘open plan’ was just coming into acceptance.  The Müller family was involved in concrete materials and the house served as a laboratory that Mr. Müller used in promoting his business and often invited clients to his home office to make-the-deal!  I’m sure it was very successful!!
In the evening, we went to the opera Romeo and Julliet by Gounod at the Karlen Opera House. The production was set in a fancy Italian hotel in the 30s. The death scene differs from the playing that they are both alive at the end, I guess so they can sing a last song together before dying. The performances and production was excellent an the acoustics in the theater were amazing without any amplification for the singers. 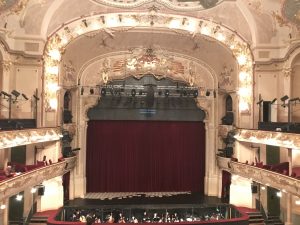 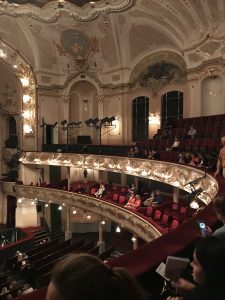 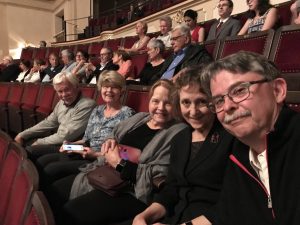 It was another amazing day in Prague!  Our general opinion is that Prague ranks right up with Paris, Barcelona and Rome for beauty, culture, architecture and FOOD!
Greg and Shelley
Youtube

One thought on “Prague Day 3”